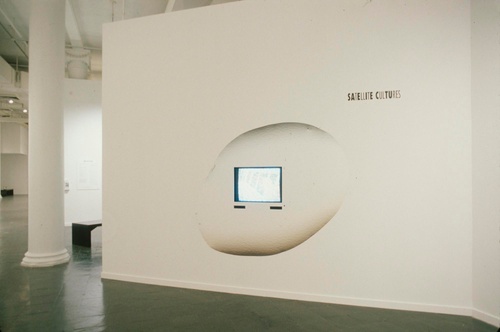 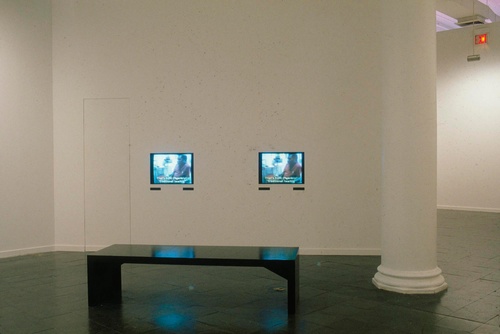 Exhibitions
Satellite Cultures
From December 8, 1989 through February 4, 1990, the New Museum presented “Satellite Cultures,” a program of videos from Australia. Organized by guest curator Sally Couacaud, director of Artspace Visual Arts Centre in Sydney, the program provided an overview of Australian video since 1975 and highlighted work by independent film and videomakers examining a wide range of aesthetic and thematic issues.

“Satellite Cultures” was divided into three sections, each of which presented a different facet of video work in Australia. Program One traced video’s early links to performance, music, and visual art, and explored some of the formal properties of the medium. Program Two presented a selection of videos from the central Australian Aboriginal Media Association, and explored issues of colonialism in Australia’s history. Program Three consisted of a selection of independent videos that examined Australian society in the “information age,” where cultural differences were essentially negated by the homogenizing effects of technology and the media. 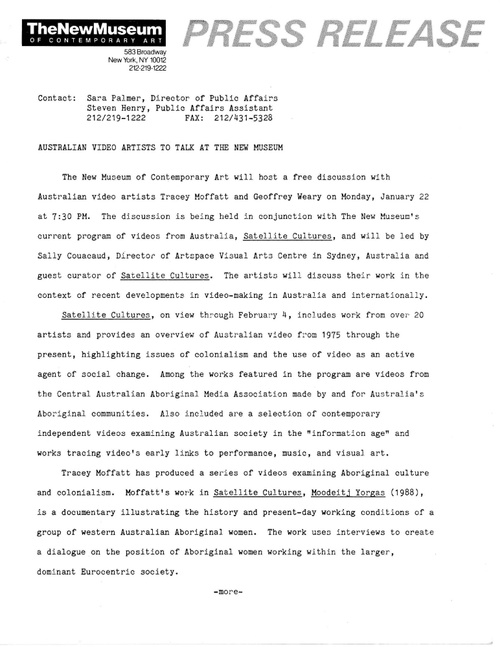 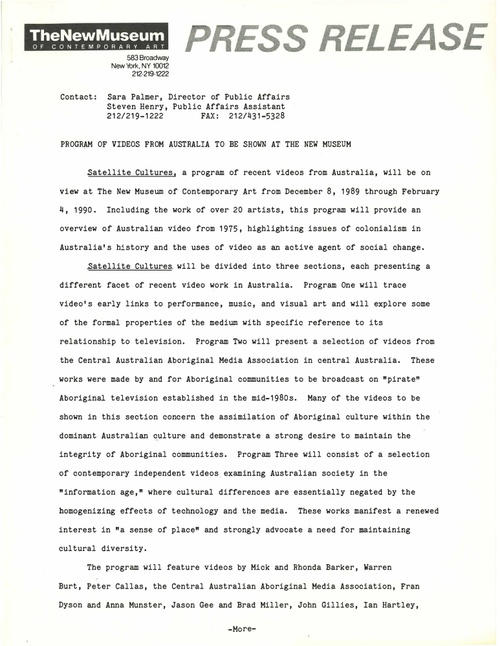 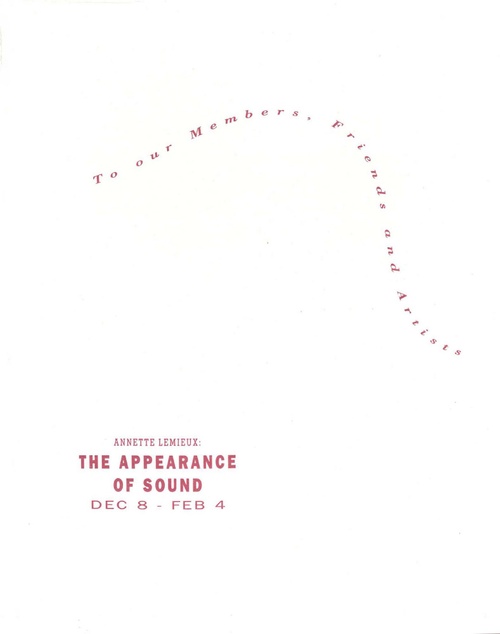 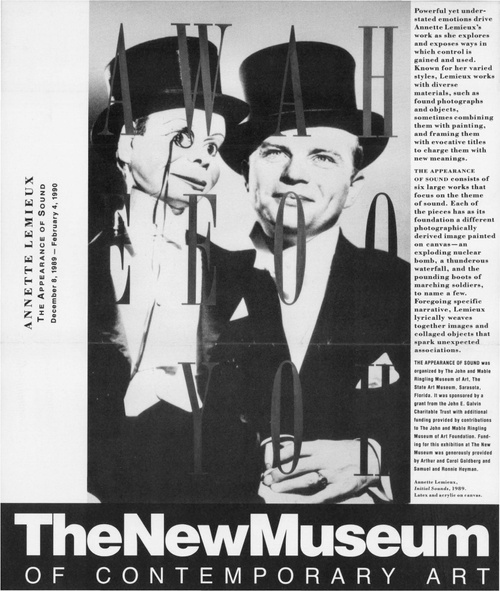