Leonor Antunes: I Stand Like A Mirror Before You

Leonor Antunes: I Stand Like A Mirror Before You 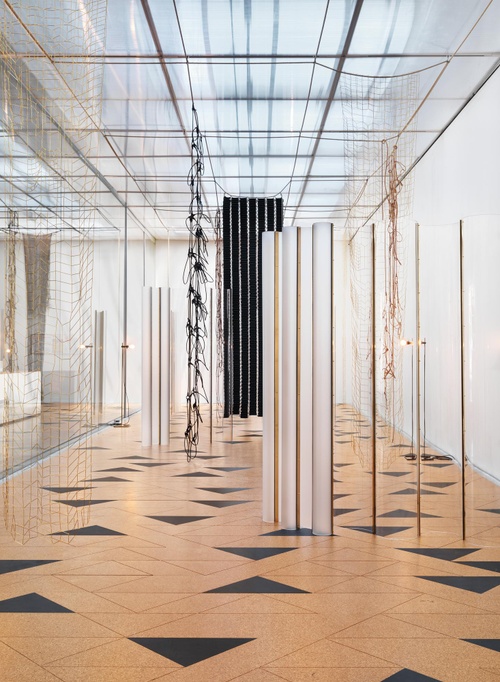 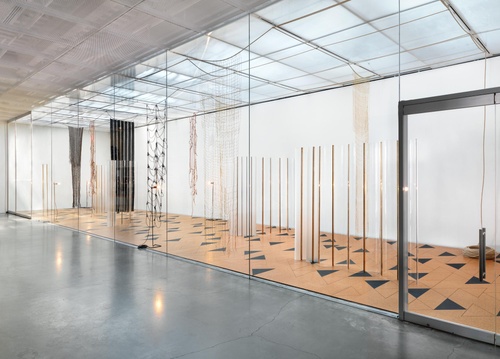 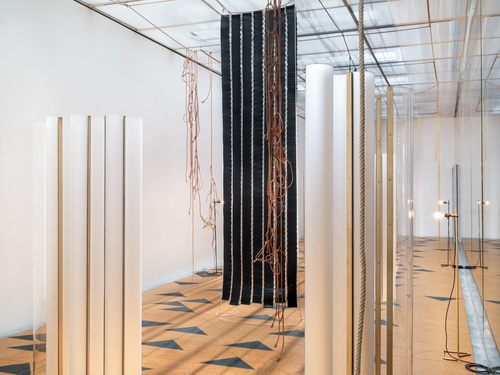 Exhibitions
Leonor Antunes: I Stand Like A Mirror Before You
Antunes’s approach to questions of space, measurement, and compositional structure in her new installation, made specifically for the Lobby Gallery, is informed by the work of experimental filmmaker Maya Deren and textile artist Anni Albers. Likewise, the artist’s deep engagement with native and ancient craft traditions, and her insistence on the work of the hand, is demonstrated through her use of natural material. Engaging directly with both the site of exhibition and the viewers’ bodies, Antunes has created a densely choreographed series of meticulously handcrafted objects that find sculptural form as vertical or horizontal demarcations in space or as woven, transparent nets and grids. Dividing and subdividing the gallery, this installation both tackles and expands upon two central themes: an architectural play with transparency and concealment as well as an encounter between an intimate and private exhibition space and a strikingly public stage, which places “on view” the visitor’s every movement.

The five-part hanging brass work serving objects (2015) references Albers’s textile Tapestry (1948), in which handwoven checkerboard patterns that shift from dark to light evoke movement and transition from one state to another. Similarly, Deren’s interest in the transformative potential of cinema as a reflective surface influences Antunes’s way of establishing a transient relationship between viewers and objects through the work I stand like a mirror before you (2015). Installed throughout the gallery, these freestanding, translucent screens multiply the reflective surfaces of the gallery’s glass walls and deliberately incite a choreography of movement. In this way, Antunes creates a situation in which the viewer is always looking beyond the surface immediately in front of her, which both reflects an image of the self and captures the infinity of space that lies beyond, inviting her to move from one space to another.

The exhibition is curated by Helga Christoffersen, Assistant Curator. 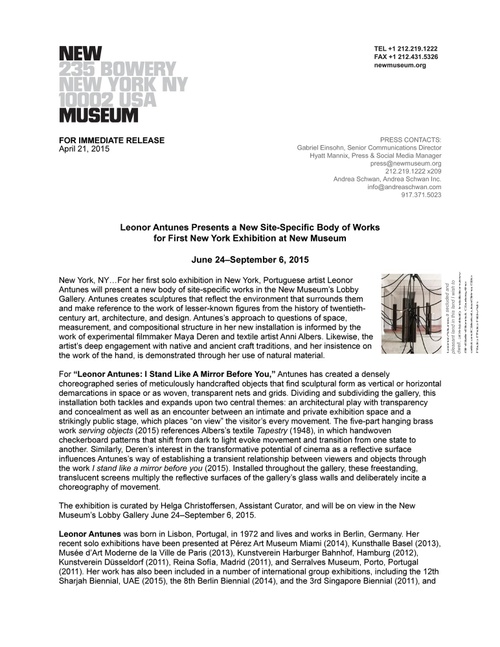 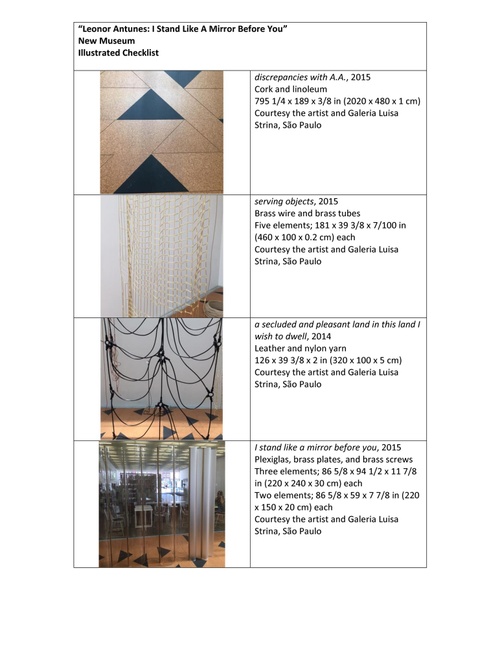 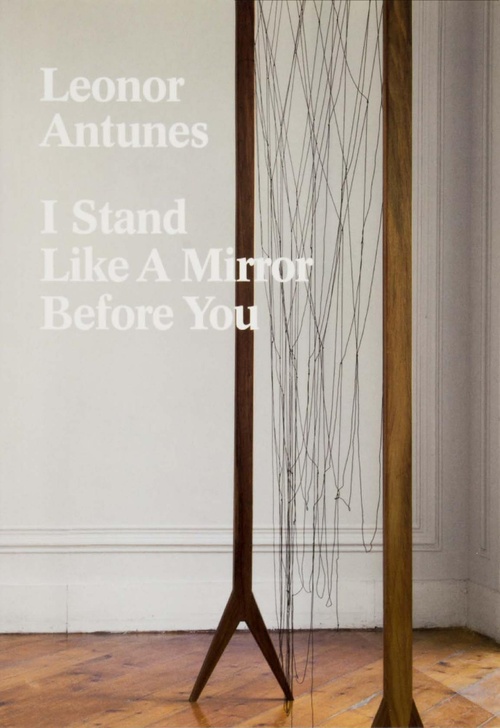