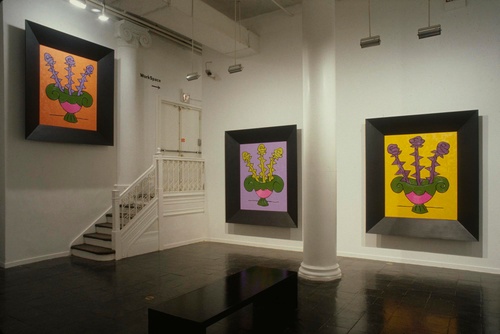 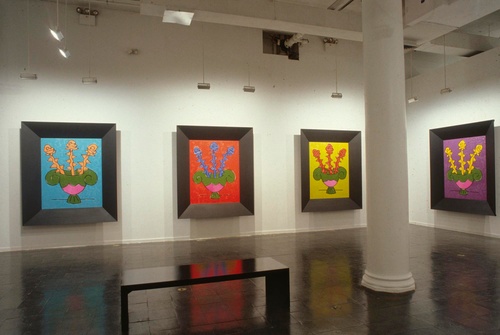 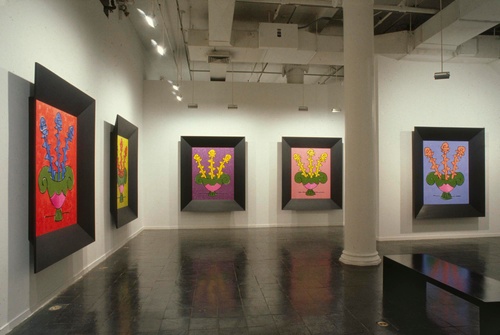 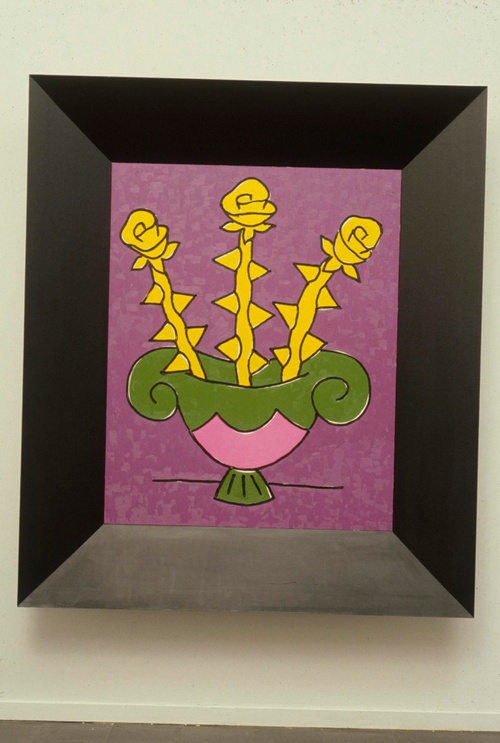 Through large-scale, heavily framed still-life images, Pardo raised questions about how it is possible to make paintings that are both deeply engaged and at the same time challenge the act of painting itself. These quirky, subversive paintings existed first and foremost as objects rather than as traditional works of art; everything about them, including their thick black handcrafted frames, was simplified and overstated. The images in all nine works — a vase and three roses with prominent thorns — were almost identical, except for a change in the saturated artificial background colors. The colors were reminiscent of the colors used in certain cartoons and greeting cards, children’s advertising, and late ‘sixties fashion.

Pardo’s work addressed a central issue regarding the relationship of art to everyday life, and so-called popular culture. His controversial paintings provoked a surprising range of responses, and ultimately provided the viewer with a great deal more than met the eye.1 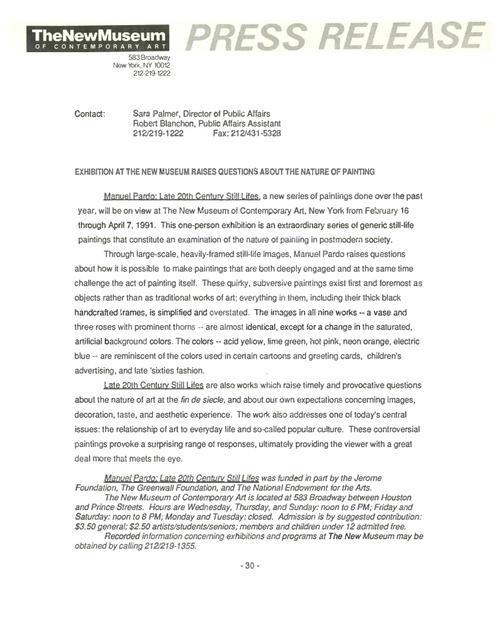 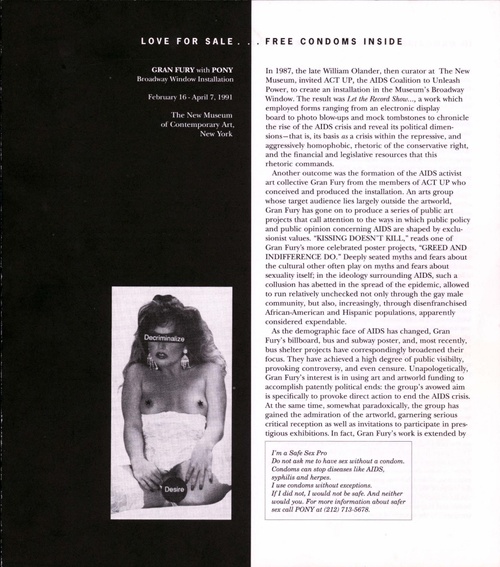 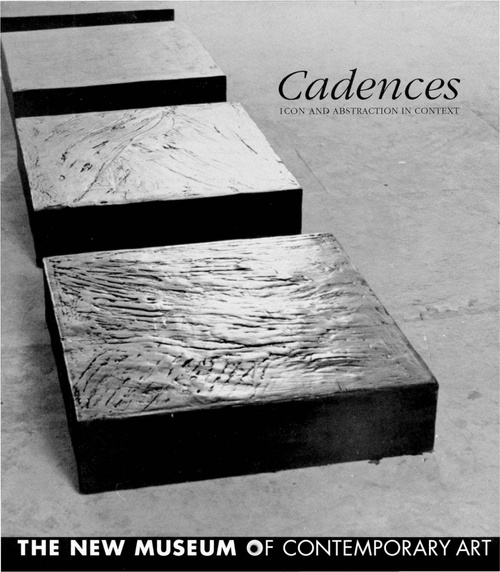