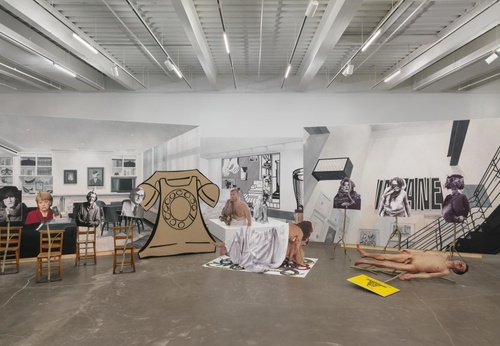 Exhibitions
Goshka Macuga: Time as Fabric
“Goshka Macuga: Time as Fabric” is the first New York museum presentation of work by London-based artist Goshka Macuga (b. 1967, Warsaw, Poland). Macuga’s practice typically applies in-depth historical and archival research to an interest in the evolving relationships among artists, institutions, politics, and communities. Her works investigate how art can be used to voice current concerns, rouse public debate, and inspire social change. Within her images and installations, she unearths associations between different actors (people, objects, and sites) that, in many cases, problematize the ways in which different organizations engage their publics and are shaped by socioeconomic and cultural developments in society. Throughout her career, Macuga’s work has embraced diverse mediums including sculpture, installation, architecture, and design. The content and format for her projects are often determined by the specific institutional contexts in which her work is shown. Occupying the New Museum’s Second Floor galleries, “Goshka Macuga: Time as Fabric” will bring together a selection of the artist’s recent projects, including five of her tapestries and a theatrical environment.

Over the past five years, Macuga has created a series of large-scale tapestries that “weave” people together in their reimagining of demonstrations, public assemblies, and meetings of minds. Drawing from the rich historical tradition of textiles, which have been produced by artists and used by their patrons for thousands of years, Macuga exploits the representative functions of the medium, which can embody political messages, while also maintaining tapestry’s tactility and portability. Often panoramic and vast, her tapestries transform architectural spaces and surround viewers—making us both spectators of and participants in the actions depicted and enveloping us in narratives that expand and collapse the notion of time.

Responding to a series of significant commissions from museums and organizations including Whitechapel Gallery, London (2009); the Zachęta National Gallery of Art, Warsaw (2011); the Walker Art Center, Minneapolis, MN (2011); and dOCUMENTA (13), Kassel, Germany (2012), Macuga evolved a practice in which she delves deep into archives to unearth the politics, peculiarities, and overlooked histories of the institutions where her work is shown. For her recent commission for dOCUMENTA (13), for example, Macuga presented Of what is, that it is; of what is not, that it is not (2012), two tapestries that were shown simultaneously in the two separate locations of the exhibition: Kassel, Germany, and Kabul, Afghanistan. As with her other works, these two black-and-white photographic textiles, with their composite stitching-together of figures from disparate yet interlocking communities, illuminate the elusive relationship between historic documentation and truth.

In Preparatory Notes (2014), Macuga expands on the function of demonstration and performance in her tapestries, presenting a stage set for a production based on an unpublished play by legendary German art historian Aby Warburg. As with many of Macuga’s projects, this piece explores the complicated and oftentimes fraught relationship between art and society throughout history, which continues to resonate in the present. “Time as Fabric” offers an opportunity for these pivotal projects to be seen together, many of which will be on view in the United States for the first time. The presentation of these works on multifarious subjects in a single space echoes the collage-like quality of Macuga’s tapestries and encourages dialogues between diverse narratives to emerge, woven together by a common thread on a singular plane.

Goshka Macuga was born in 1967 in Warsaw, Poland, and lives and works in London. Her solo exhibitions include “To the Son of Man Who Ate the Scroll” at Fondazione Prada, Milan (2016); “Public Address: Goshka Macuga Tapestries” at Lunds konsthall, Lund, Sweden (2014); “Exhibit, A” at the Museum of Contemporary Art, Chicago (2012); “Untitled” at the Zachęta National Gallery of Art, Warsaw (2011); “It Broke from Within” at the Walker Art Center, Minneapolis, MN (2011); “The Nature of the Beast” at Whitechapel Gallery, London (2009); and “I am Become Death” at Kunsthalle Basel, Switzerland (2009).

Macuga’s work was recently included in the 8th Berlin Biennial for Contemporary Art (2014); dOCUMENTA (13), Kassel, Germany, and Kabul, Afghanistan (2012); and “Fare Mondi/Making Worlds,” the 53rd Venice Biennale (2009). Macuga was nominated for the Turner Prize in 2008.

Live performances of Death of Marxism, Women of All Lands Unite will occur on the Second Floor on Thursday evenings from 7 to 9 p.m. and on Saturday and Sunday afternoons from 2 to 5 p.m.

Video documentation of Preparatory Notes (2014), performed at the 8th Berlin Biennial for Contemporary Art, will be screened in the New Museum Theater every Wednesday from 11 a.m. to 6 p.m. throughout the run of the exhibition.

The exhibition is curated by Margot Norton, Associate Curator, and Massimiliano Gioni, Artistic Director. It is accompanied by a fully illustrated publication featuring an interview with the artist by Norton and new reflections on Macuga’s practice by artists Ilya and Emilia Kabakov and curator and writer Grant Watson. 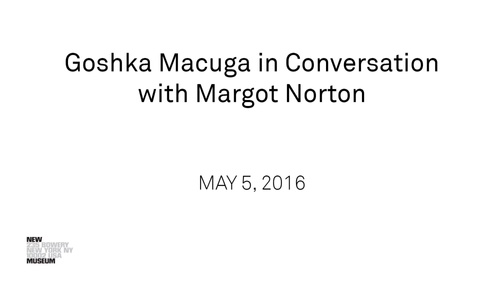 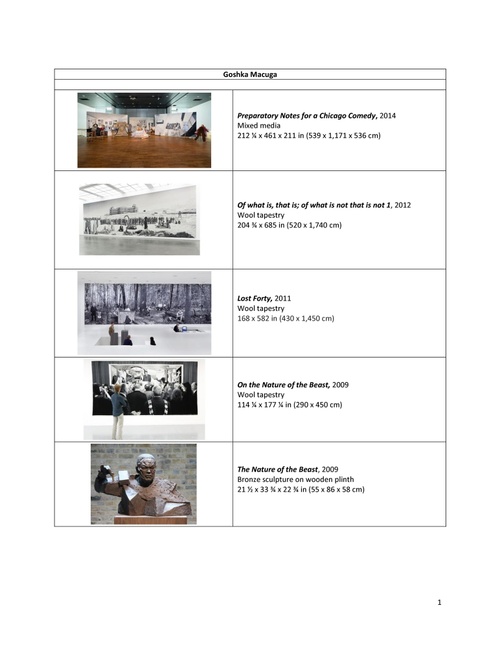 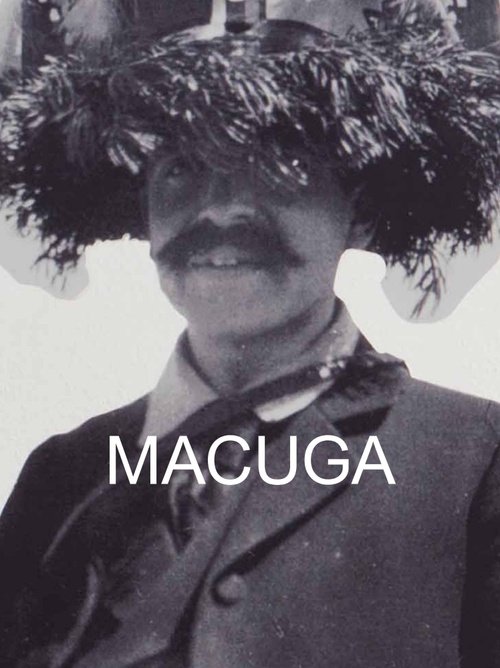