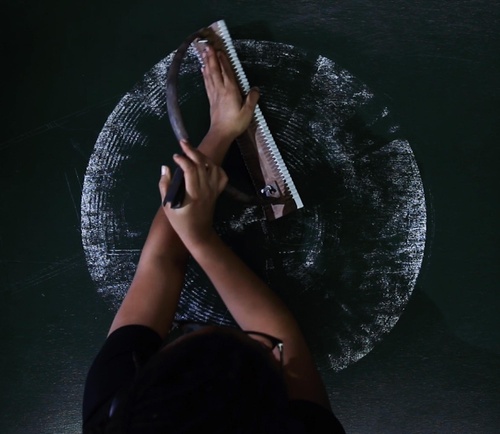 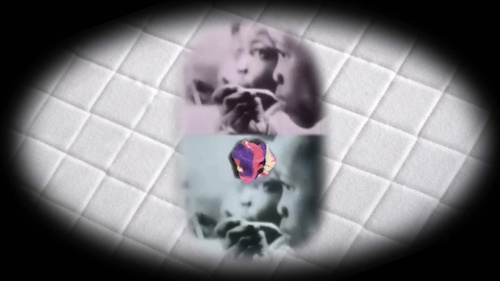 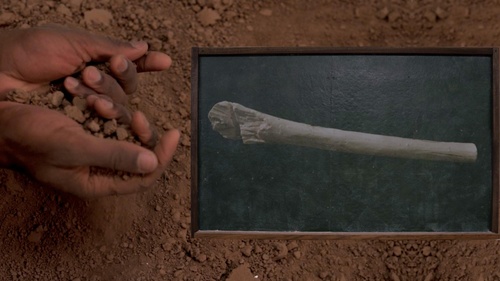 In Here’s Hoping a.k.a. The Blues (2013), Jackson’s alter ego Confuserella described a fictional world comprised of four colors. During a voiceover paired with claymation sequences and collaged newsreel footage, she explained how the blues—defined broadly as a genre of music, a mood, and a color—persist despite tribulations with the other colors. Borrowed from the conventions of early PBS documentaries and radical children’s television programming, the series detailed a world similar to our own and peppered with zany sci-fi elements. In the seminal 1994 text “Black to the Future,” musician and writer Greg Tate argued that between the abduction of people from Africa and the horror of American racial violence, “being Black in America is a science fiction experience.” Nodding to Tate’s proposition, American history emerged in the video’s most colorful moments: as clay swirls, Confuserella detailed a levee break that allowed the blues to flood in. As she outlined how the blues attempted to stamp out all of the other colors, which are now in need of protection, the video cut to footage of an environmental conservationist who argued for protected land dedicated solely for endangered species.

Jackson’s most recent videos that were on view—The Future is a Constant Wake (2019) and Its Extended Remnant (2019)—centered soil and farm tools as tools to access to knowledge from the past. The opening line of The Future is a Constant Wake speculated on all that could be borne from sustained engagement with the important work of ancestors. Developed in collaboration with choreographer Michael J. Love, the video proposed a somatic way of forging connection with the past through touch and movement. Through this process, Jackson argued “palimpsests of previous systems will be a guide to seeing ourselves released” and moves us to “futures that our bodies will inhabit, again.” She reminded us that the English word remember contained the word member, shorthand for a person, animal, plant, or limb that is a part of a complex structure. Etymologically, the Latin roots of remember and member reinscribe a mind-body divide—remember is derived from memor, meaning to be mindful, while member comes from membrum, or body part—a distinction that Jackson made a powerful case for reworking. Only then, she argued, can the material legacies of the past be fully reckoned with, bringing us to a “point past pain and just upon bliss.” 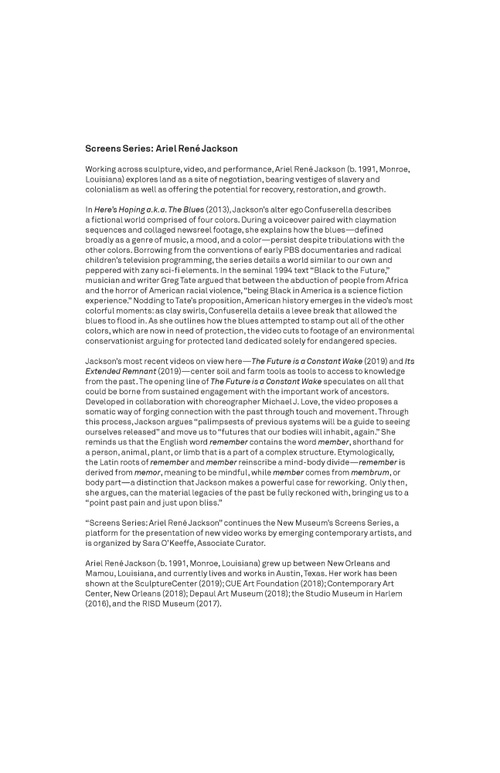