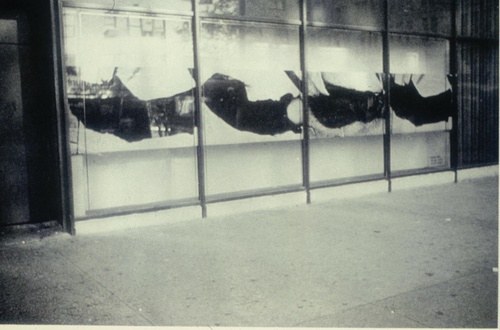 Exhibitions
Richard Prince
For his exhibition in the 14th Street Showcase, Richard Prince presented four images, all taken from magazines and movie stills. He referred to these images as ‘excessively similar,’ rather than repetitive, and by using images from popular culture as the source for his materials, he appropriated the powerful, nonverbal messages they contained.

Any reference to the original setting was removed when Prince re-photographed the original images, enlarged, then cropped them; however their non-fictional sources, i.e. magazines and movie stills, were still obvious and gave the “picture” a believable edge. Likewise, the emotional message retained some of its original clichéd suggestion, but also took on a new meaning that was provided by the viewer.

By using repetition, Prince was not relying on the loaded quality of the advertising message, but rather was playing games with the obvious clichés of his sources. The natural light of the street allowed the images to operate as usual, to enter the viewer’s consciousness subliminally, and just as Prince took from the mass media, he delivered his art to the same mass audience. 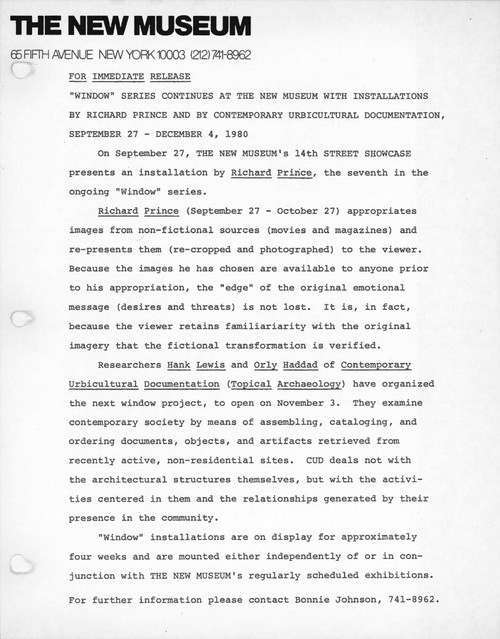 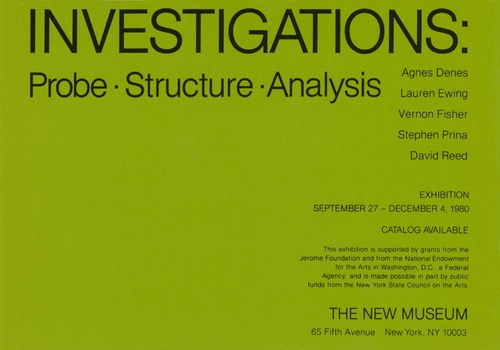