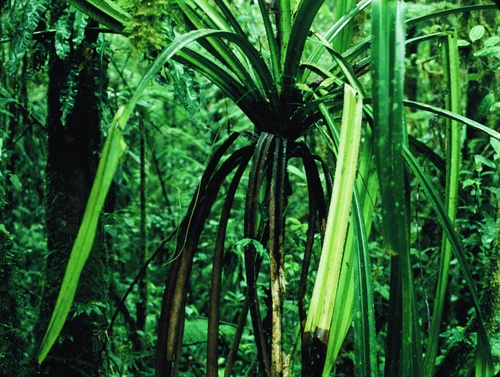 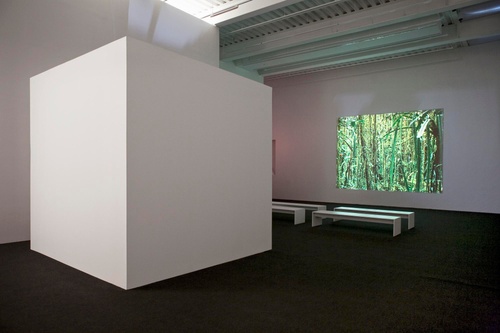 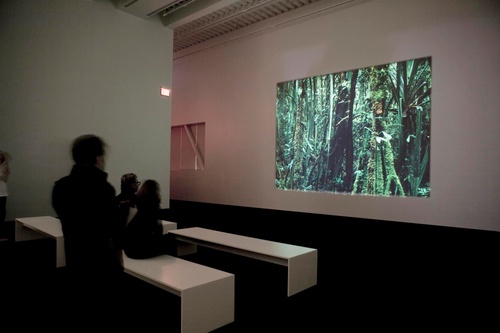 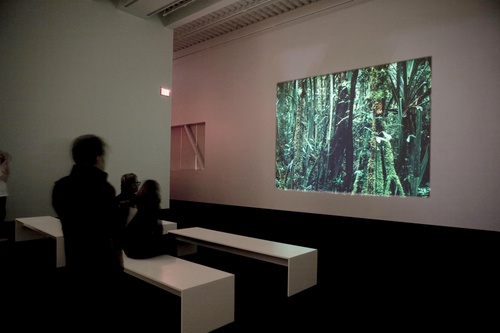 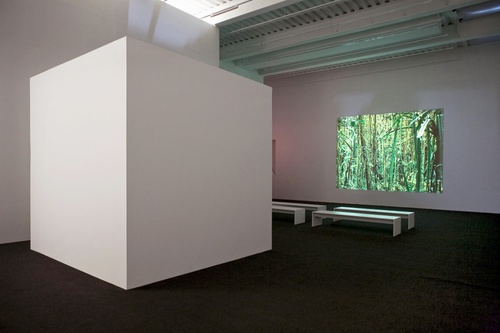 Exhibitions
New Commissions (Three M Project): Mathias Poledna: Crystal Palace
Mathias Poledna’s work Crystal Palace is a 35mm film installation comprised of a small number of long, static shots of the montane rainforest landscape of the Southern Highlands Province of Papua New Guinea. Using tightly framed medium-close to medium-wide shots, the film’s carefully selected scenes focus on the complex patterns, textures, and the overall abstract qualities of this environment, seemingly without human presence. Only subtle changes in light and movement in foliage provide visual cues to the passing of time. The film is accompanied by a dense and highly edited soundtrack created from on-location and archival field recordings that oscillate between distinct insect and bird sounds, and drone-like noise.

Poledna’s title, Crystal Palace, evokes the monumental glass-and-steel structure of that name constructed for the Great Exhibition of 1851 in London, an important precursor of modern architecture and industrialized construction that was built to present the newest products of the capitalist economy, accompanied by exotic displays, fauna and flora. Poledna’s work explores how meaning becomes attached to images and sounds; it creates a complex tension between a specific place, its cinematic appearance, and historical concepts circulating around it. In Crystal Palace, Poledna specifically references Sounds of a Tropical Rainforest, a 1951 album of staged field recordings produced by Folkways Records for the American Museum of Natural History to accompany an exhibition about indigenous Amazonian people.

Poledna’s work is also informed by film history, particularly the interconnections between early film and popular and avant-garde cinema, as well as the history of visual ethnography. Unlike traditional documentary and ethnographic film, Crystal Palace lacks an authoritative voice as it investigates a foreign place through an extremely narrow focus and highly subjective framing. While it presents itself as a fragmentary document of an existing landscape and its history, its images seem to deviate only slightly from our common assumptions of how a tropical rainforest might appear. The images’ virtual motionlessness and extreme depth of field, which paradoxically makes them appear flat, enforces a nonobjective dimension in the work, which, along with the intense soundtrack, suggests the physiological experience of abstract and structural film.

This exhibition is curated by Russell Ferguson, Adjunct Curator, Hammer Museum, Los Angeles. It is organized at the New Museum by Jarrett Gregory, Curatorial Assistant.

Mathias Poledna’s Crystal Palace is part of The Three M Project, a series organized by the New Museum, New York; the Museum of Contemporary Art, Chicago; and the Hammer Museum, Los Angeles, to commission, organize and co-present new works of art.

ABOUT “NEW COMMISSIONS” AND THE THREE MUSEUM (Three M) PROJECT
In 2004, The Three M Project was conceived and developed together with the Museum of Contemporary Art, Chicago, and the Hammer Museum in Los Angeles, to jointly commission, exhibit, and acquire important works of contemporary art by artists whose work has not yet received significant recognition. All three museums share a collaborative vision and entrepreneurial spirit, and the belief that ambitious projects on a national scale can be produced through efficiency, knowledge, and resource sharing. The partnership, now in its second cycle, involves four new commissions by Jeremy Deller, Daria Martin, Mathias Poledna, and Urban China. Together, these exhibitions will be presented simultaneously in “New Commissions” at the New Museum. The Three M project is directed by leading curators from each museum: Laura Hoptman, Kraus Family Senior Curator, New Museum; Elizabeth Smith, James W. Alsdorf Chief Curator, with Dominic Molon, Curator, Museum of Contemporary Art, Chicago; and Ali Subotnik, Curator, Hammer Museum, Los Angeles. 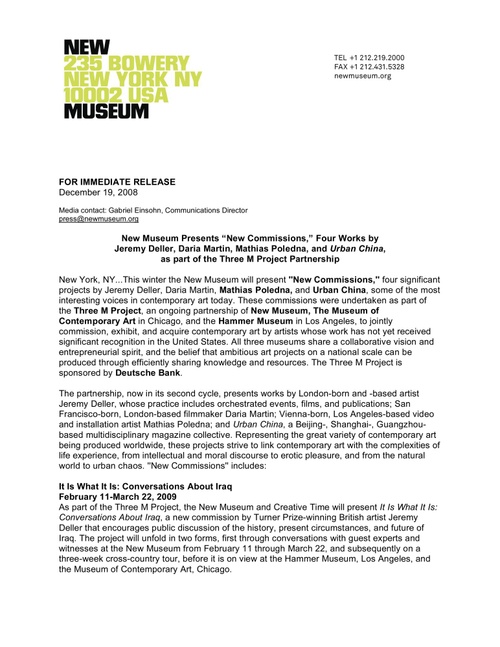 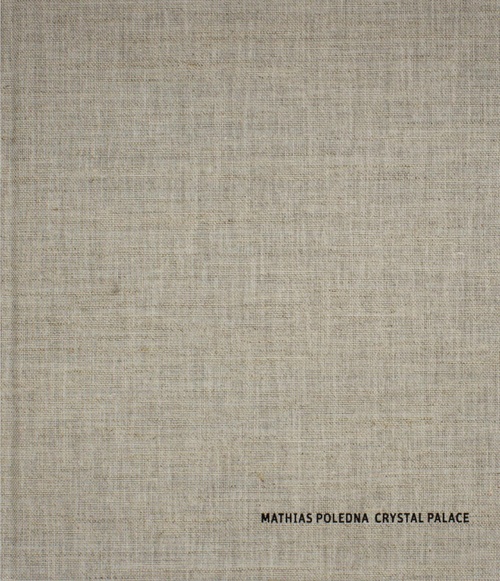