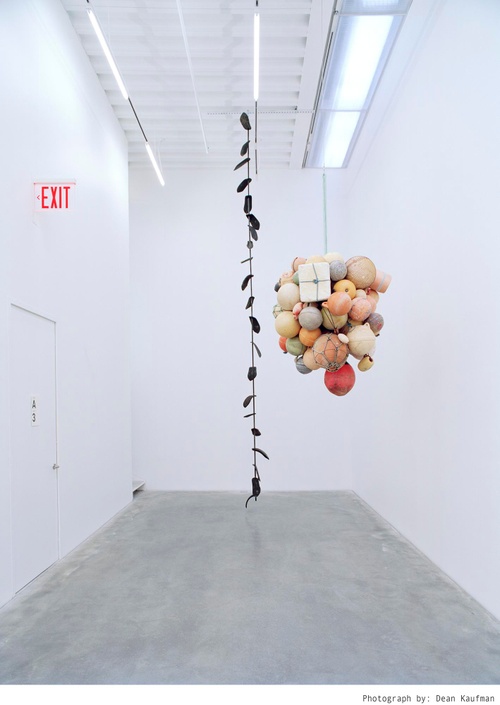 Abraham Cruzvillegas’s sculptural practice is closely linked to the Duchampian transformation of everyday objects into art. Early on, Cruzvillegas appropriated folk art made by his father, whose dedication to traditional craft lent a critical layer to the idea of the readymade. While his father made the objects out of economic need, the artist’s repositioning of this work as contemporary art zeroed in on the often unaddressed issues of labor and credit that is embedded in appropriationist strategies.

Cruzvillegas has also used ephemeral materials such as cake or maguey leaves to produce artworks that change over the course of the exhibition, highlighting the fragility of an object’s structural and seductive qualities. Cruzvillegas studied philosophy and art at the National Autonomous University of Mexico (UNAM), where he later went on to teach art history and theory. He is the winner of the Altadis Prize in 2006 and was an artist in residence at Atelier Calder in Saché, France in 2005. Some of his recent solo exhibitions include Autoconstrucción Jack Tilton Gallery, New York (2007); Château de Tours, France (2006); Perspectives 139: Abraham Cruzvillegas and Contemporary Art Museum, Houston (2003).

Autoconstrucción, a film by Abraham Cruzvillegas: Screening and Discussion