Kate Fowle is the chief curator for Garage Center for Contemporary Culture in Moscow and director-at-large at Independent Curators International (ICI) in New York, where she was executive director from 2009-13. Prior to this she was the inaugural international curator at Ullens Center for Contemporary Art in Beijing. From 2002-2007 Fowle was chair of the Master’s Program in Curatorial Practice at California College of the Arts in San Francisco, which she co-founded in 2001. Before moving to the United States she was co-director of Smith + Fowle in London (1996-2001) and curator at the Towner Art Gallery in Eastbourne (1993-6).

“do it”: Hans Ulrich Obrist and Massimiliano Gioni in Conversation, Moderated by Kate Fowle 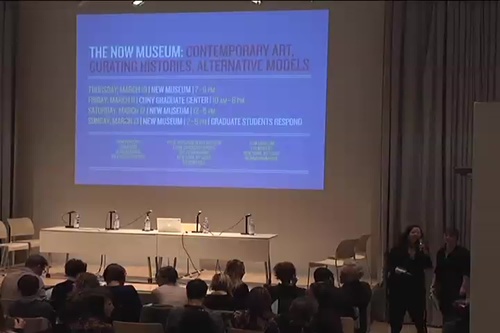