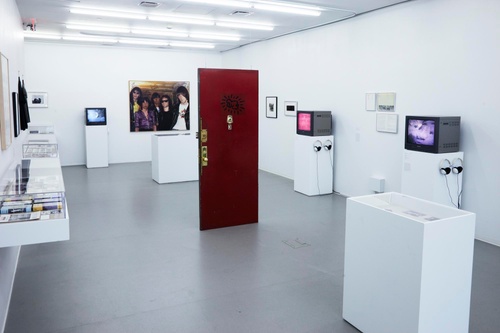 Time on the Bowery: 1970 - present Location: Broome Street and Bowery

Arleen Schloss (b. 1943) has worked interchangeably in a variety of mediums, including performance art, sound poetry, music, painting, film, and video. Presented in spaces as varied as the Kitchen, MoMA, the Ars Electronica festival, and her own home, Schloss’s performances possess a spirit described by Linda Burnham as “a contagious sense of wonder.” These presentations, which could involve Schloss’s cyclical recitation of the alphabet, live painting, closed-circuit video, and music all at once, combine the anti-art whimsy of Fluxus, Cageian indeterminacy, and a site-specific empathy that made every act unique. Trained as a painter, Schloss began hosting performance art workshops in her loft during the 1970s. These workshops demanded a performance space, and in 1979, A’s was born. Each Wednesday night, Schloss opened her loft to the public, offering a diverse program of dance, music, and performance, including such artists as J-M Basquiat, Phoebe Legere, Glenn Branca, Berhard Heidsieck, Eric Bogosian, Alan Vega, and Y Pants. On weekends, the space doubled as A Gallery, offering space for visual artists. Especially notable were two group shows in 1985: “The Asia Show,” which included works by Nina Kuo, Bing Lee, Ai Weiwei, Tehching Hsieh, and Shirin Neshat; and “The Friends Show,” which involved over one hundred artists, including Willoughby Sharp, Kim Jones, and Schloss’s parents. 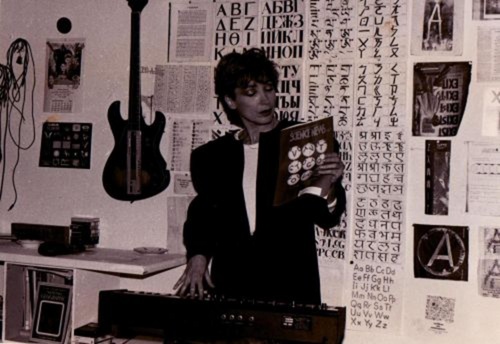 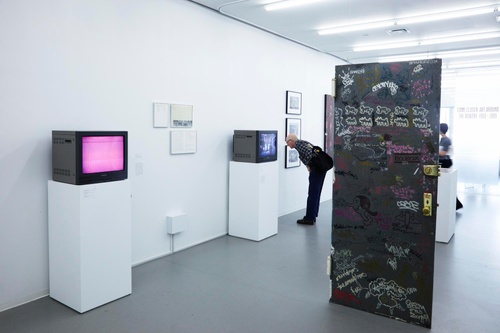