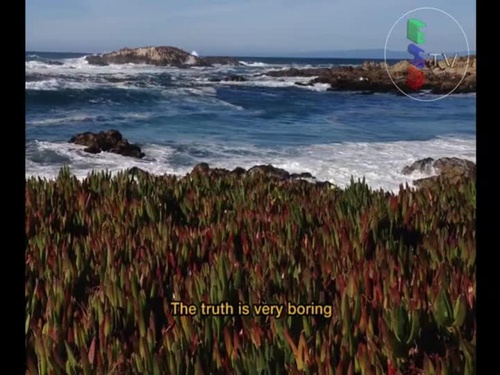 New York–based web and broadcast program E.S.P. TV shot an episode in “XFR STN” at the New Museum, Thursday September 5. Special guest Diamond Terrifier performed with live green-screen manipulation in response to the exhibition “XFR STN,” while live interviews, and a how-to demonstration of the transfer stations, were included in the taping.

E.S.P. TV utilized a mobile analog television studio to present a nomadic showcase of experimental music, video art, and performance. All episodes acted as a live studio broadcast, a program on public access television, and a theatrical performance. The events were taped live with a crew of cameramen, sound engineers, and a video mixing team using analog broadcast media. Tapings of E.S.P. TV were in front of an audience with live green-screening, signal manipulation, and video mixing. The show was then edited and produced for Manhattan Neighborhood Network public television (MNN), aired every Tuesday night at 10 p.m. After airing, the episodes were posted online at esptvnyc.com for later viewing. Their core mission was to preserve public broadcast, as well as to showcase the ongoing use and ability of analog media in a digitally run world.