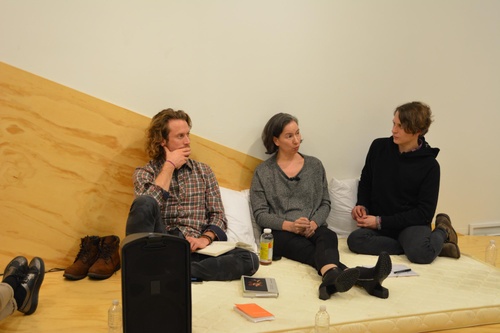 Andrea Fraser
Andrea Fraser’s work has been identified with performance, video, project-based, and context art, as well as institutional critique. Surveys of her work have been presented by the Belkin Art Gallery, University of British Columbia, Vancouver; the Kunstverein in Hamburg; the Kemper Art Museum, Washington University in St. Louis, Missouri; the Frans Hals Museum, Haarlem, Netherlands; and the Carpenter Center, Harvard University. In 2013, a major retrospective of her work was organized by the Ludwig Museum, Cologne, in conjunction with her receipt of the Wolfgang-Hahn Prize, awarded by the Gesellschaft für Moderne Kunst am Museum Ludwig, Köln, Germany. Her books include Andrea Fraser: Works 1984–2003, (Dumont, 2003), Museum Highlights: The Writings of Andrea Fraser (MIT Press, 2005), and Texts, Scripts, Transcripts (Museum Ludwig, 2013). Fraser was a founding member of the feminist performance group The V-Girls (1986–96), the project-based artist initiative Parasite (1997–98), and the cooperative art gallery Orchard (2005–08), and has served as a board member of W.A.G.E. since 2013. She was also co-organizer, with Helmut Draxler, of “Services,” a “working-group exhibition” that toured to eight venues in Europe and the United States between 1994 and 2001. Fraser has received grants from Art Matters, Inc., the Franklin Furnace Fund for Performance Art, the New York Foundation for the Arts, the National Endowment for the Arts, and Anonymous Was a Woman. 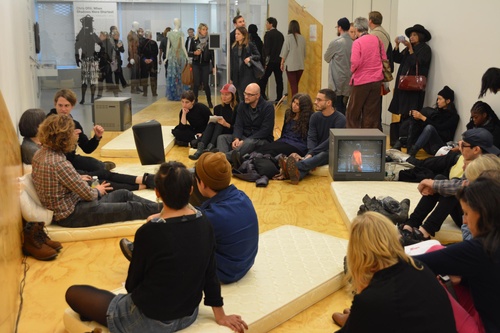 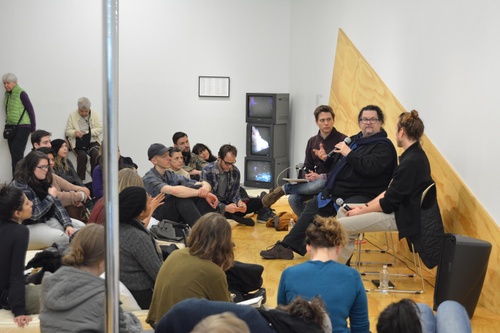 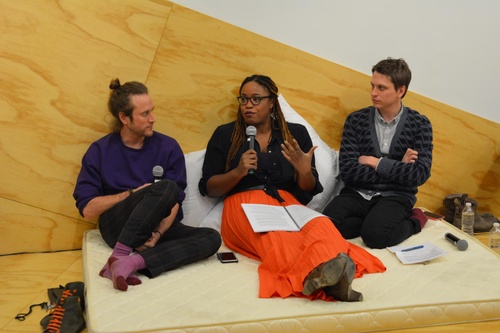 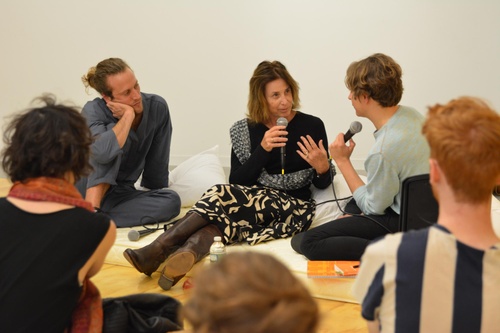 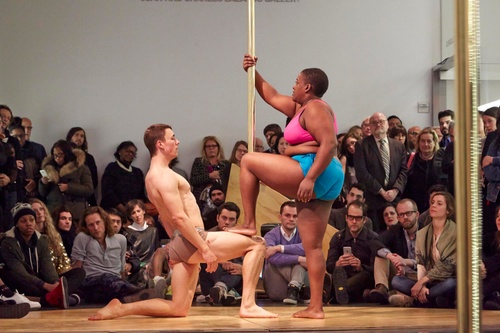