“What is at the core of blasphemy? How can a socially condemned or condemnable speech act be engaged in a way that gives it voice and also expresses its danger? As we have seen with the events of Charlie Hebdo and the recent Copenhagen shooting, this is a crucial moment for what blasphemy means in the world and how it is defined, received, and pushed back against.”
—Chelsea Knight and Mathew Paul Jinks

Chelsea Knight works in video and performance to plumb the social and psychological underpinnings of group behavior, questioning how we encounter one another as singular entities. Her work considers the inadequacy of language and its relation to the reproduction of authority and identity. As an artist-in-residence during the Spring 2015 R&D Season: SPECULATION, Knight produced the final chapters of Fall to Earth, a cycle of short videos inspired by Salman Rushdie’s magical realist novel The Satanic Verses. Each chapter is staged as a live event produced for video and takes as its point of departure themes related to socially condemned speech and other forms of silencing or restraint and includes original scores created by different collaborating artists.1 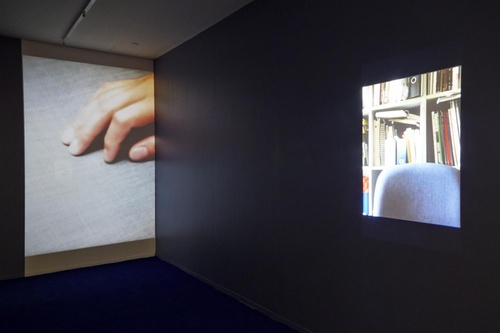