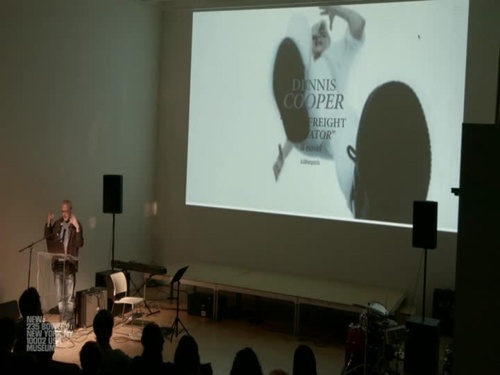 Co-presented with PEN America as part of New Museum’s Fall 2016 R&D Season: DEMOCRACY
“Violations” was a response to Google’s recent deletion of author Dennis Cooper’s blog (for “violations of terms of service,” without further explanation), and a celebration of the innovations in writing represented by a series of GIF novels he drafted there. In a then-recent article for the New Yorker concerning the Google controversy, Jennifer Krasinski described Cooper’s approach to these novels: “Thinking of [GIFs] as language, Cooper places them together, stacking them or opposing them to create a story—and, in so doing, effectively forging a new form of fiction.” While the contents of Cooper’s blog were eventually returned by Google, the situation prompted urgent reflection on the borderlines of trust, interpretation, and freedoms of speech at stake between users of social media and the corporations who provide such services.
This event convened a small handful of Cooper’s closest friends, allies, and artists whose work he admires to imagine what it might mean to “read aloud” from these GIF texts. The presenting artists work across a spectrum of practices and include poets, musicians, choreographers, and dancers. While the program sought to draw attention to the vulnerability of artworks produced through social media, it also celebrated the highly anticipated release of Cooper’s third GIF novel, Zac’s Freight Elevator (on Kiddiepunk Press), which was temporarily lost when the blog was deleted.
The lineup for the evening included:
M. Lamar
Dorothea Lasky
Yvonne Meier
Aki Onda
Richard Hell
Chris Cochrane with Brian Chase (Yeah Yeah Yeahs) and Niall Jones
Each artist has been invited to choose material from any of the three GIF books and do whatever they’d like with that content so as to perform a “reading” of it—in whatever sense they interpret such a task. Cooper emceed the evening, and a discussion followed the readings.
Links to Cooper’s first GIF novel and a collection of short GIF works, also published by Kiddiepunk Press, can be found here:
Zac’s Haunted House (2015)
Zac’s Control Panel (2015)
Dennis Cooper is the author of nine novels, including the well-known George Miles Cycle quintet (Grove Press, 1989–2000), and, most recently, The Marbled Swarm (Harper Perennial, 2012). His novels have been translated into eighteen languages. Since 2015, he has concentrated on composing fiction using animated GIFs, producing two GIF novels— Zac’s Haunted House (2015) and Zac’s Freight Elevator (2016)—and a collection of short works, Zac’s Control Panel (2015), all from Kiddiepunk Press. With visual artist Zac Farley, he has made two feature films, Like Cattle Towards Glow (2015) and Permanent Green Light (forthcoming). Since 2004, he has collaborated regularly with French theater director/choreographer Gisele Vienne and musicians Stephen O’Malley and Peter Rehberg, co-creating nine works for stage, most recently The Ventriloquists Convention(2015). He is also a widely published poet, cultural critic, and contributing editor at Artforum, and he produces the popular blog DC’s. Cooper lives in Paris and Los Angeles.
Some background on Cooper’s ordeal with Google was provided in a recent Change.org petition: “On June 27th, 2016, the blog and personal Gmail account of writer and artist Dennis Cooper were deleted by Google for reasons that the company has failed to disclose, beyond a generic reference to a terms of service violation. This apparent act of censorship has met with widespread disbelief and outrage, and has been covered by Roxane Gay in the New York Times, by the New Yorker, PEN America, the Guardian, artnet, Artforum, and other publications around the world. For over a decade, Cooper’s blog was a central Internet gathering place for fans of underground, subversive, queer, and experimental art and writing. It was a place of community and mutual support for an array of readers, writers, and artists, queer and straight, young and old.” Only after the Change.org petition and pressure from the publication of the articles mentioned above did Google finally agree to meet with Cooper’s lawyers; they subsequently released his content back to him earlier this fall. Cooper has since reestablished his blog at denniscooperblog.com.
About PEN America
PEN America stands at the intersection of literature and human rights to protect open expression in the United States and worldwide. We champion the freedom to write, recognizing the power of the word to transform the world. Our mission is to unite writers and their allies to celebrate creative expression and defend the liberties that make it possible.
Read PEN America’s statement of support for Cooper, published July 15, 2016, here. 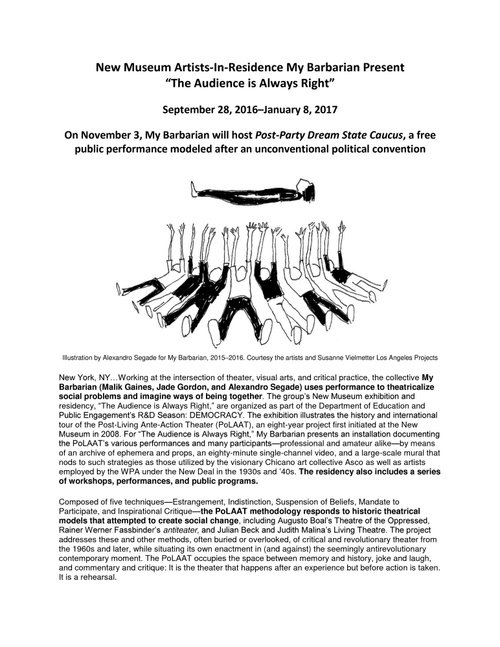