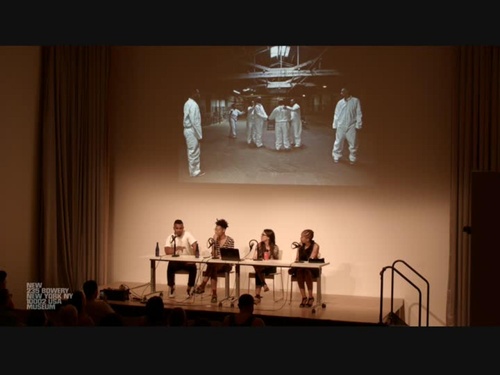 In July 2019, the New Museum hosted a conversation moderated by cultural theorist Nicole R. Fleetwood with artists Melanie Crean, Shaun Leonardo, and Sable Elyse Smith, to discuss their residency and exhibition “Mirror/Echo/Tilt” which marked the culmination of a four-year project to counter narratives of criminality through performance and pedagogy.

The exhibition examined the gestures and language of the carceral state through cinema and performance-based pedagogy, and premiered a multichannel video installation filmed largely in empty, decommissioned prisons and courthouses and other psychically charged architectural spaces in New York City. Complicating the relationship between fiction and reality, “Mirror/Echo/Tilt” alluded to the magical realism and metafiction of its title’s inspiration, Don Quixote, Miguel de Cervantes’s famous novel from the early seventeenth century. The work also took the form of a living curriculum practiced with court-involved youth, formerly incarcerated adults, and individuals otherwise vulnerable to the justice system. The curriculum focused on undoing the language around culturally embedded conceptions of criminality and hoped to serve as an open resource that lives beyond the artists and the exhibition. 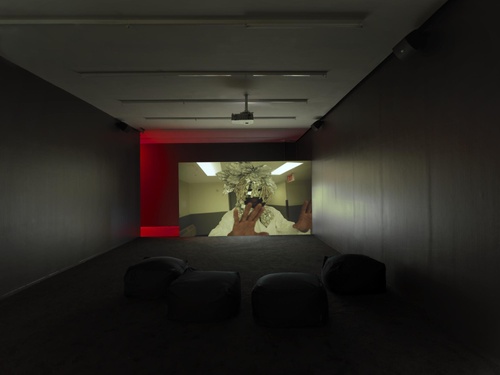