What Is Contemporary Art? 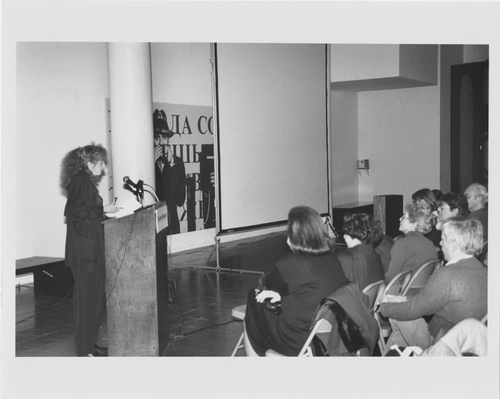 What Is Contemporary Art?

During late January and early February of 1990, the New Museum presented “What is Contemporary Art?,” a three-part lecture series for those new to contemporary art or those who wanted to learn more about recent developments in the field.  The series began on January 25th with a lecture by Gary Sangster which offered a focused overview of the art of the 1980s. On February 1st, Marcia Tucker presented a talk on radical art practices of the past two decades, titled: “Out of Bounds: An Opinionated Survey of Radical Art-Making at the End of the 20th Century.” France Morin hosted the third and final lecture, on February 8th, and discussed major international art exhibitions in Europe and the Americas. The programs provided thoughtful and insightful introductions to an often difficult and challenging field.