Co-presented with Pioneer Theater and organized by filmmaker Tessa Hughes-Freeland, the East Village USA film festival presented programs of shorts and feature-length films that typified the spirit of a time and place where a carefree, party lifestyle of sensation and fun was a given, and where artists of all disciplines were finding jewels in the dirt, reveling within a somewhat derelict, burned out neighborhood. Combining rare hard-to-find shorts with cult classics by such underground artist-filmmakers as Manuel De Landa, Bradley Eros, Richard Kern, Kembra Pfahler, and Nick Zedd, this one-week festival highlighted some of the most memorable celluloid and video creations from the long-lost 1980s. These narrative, animated, experimental, or performative films were vibrant and intense in their evocation of a particular explosive energy, with a fast and ready approach, often evidenced by low production values, arising from an urgent need for instant creative gratification using whatever resources were readily available. Some of these films captured a maniacal force, others a sublime beauty or a pop style, and often a decadent tone. 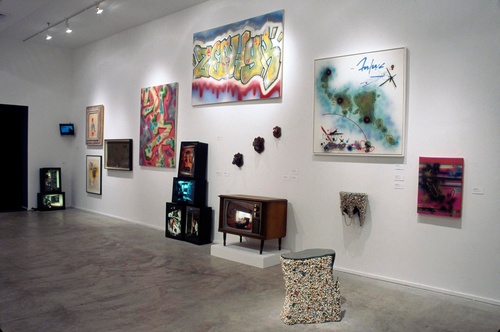 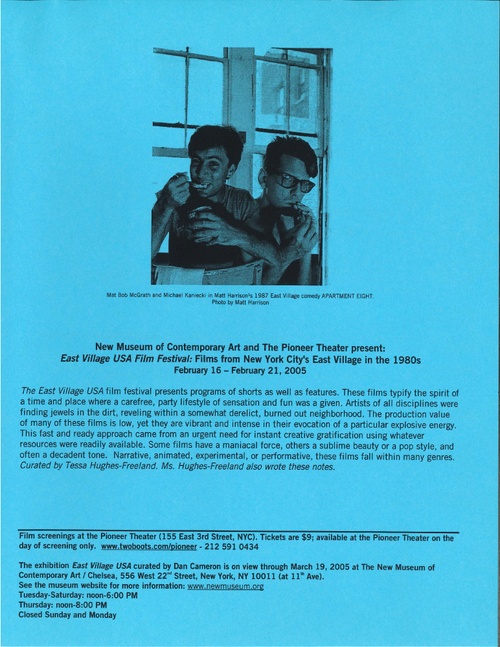 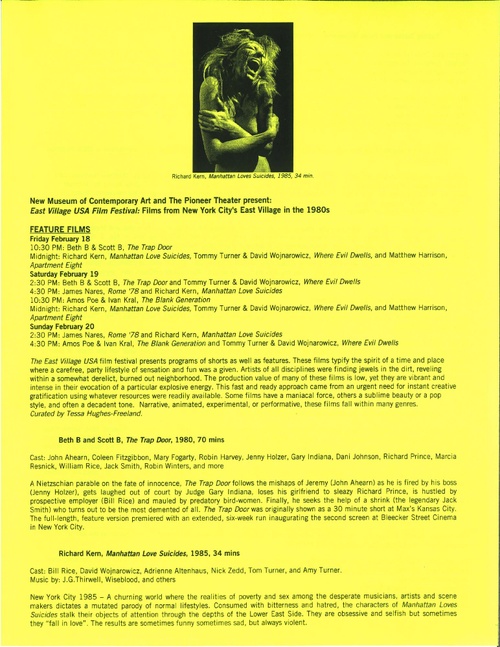 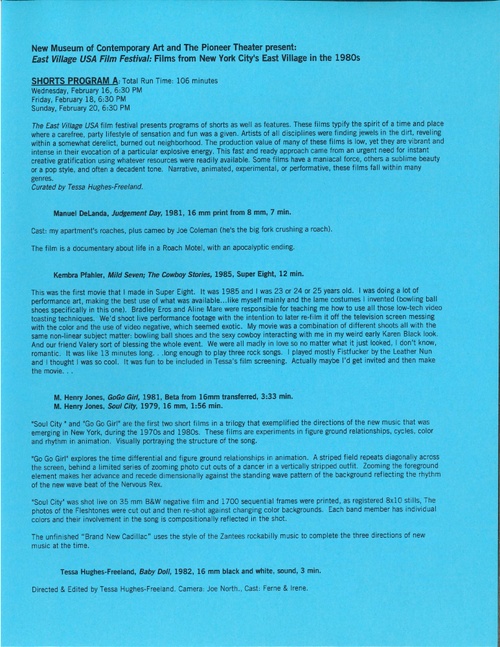 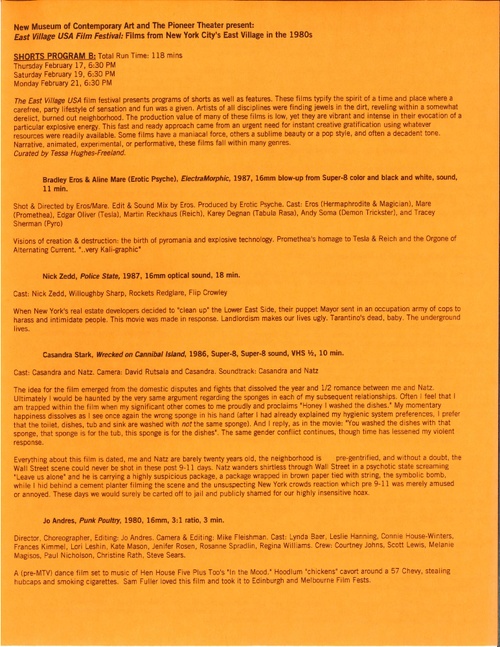 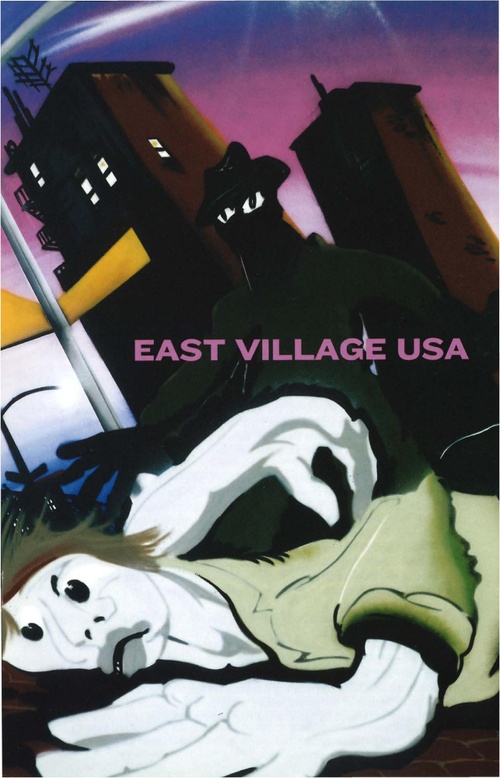