This lecture and screening, presented in conjunction with the New Museum’s retrospective of artist Hans Haacke “Hans Haacke: All Connected,” illustrated and expanded upon the New Museum’s early engagement with institutional critique, of which Haacke is a prominent and defining figure. Haacke’s many connections to the New Museum span over four-decades of programming, including lectures, panels, exhibitions, artworks, and more. Many of his early ideas on institutional critique, catalyzed by the political landscape of the late 1960s and early 1970s, laid the groundwork for the crucial issues that would be addressed by the New Museum’s director Marcia Tucker, upon its founding in 1977. These included demands for artists to have more say in the display and contextualization of their work, increased museum representation of artists of color and women, free public access to exhibitions and later hours for working people, a local registry of living artists, and a willingness to display experimental works.

Drawing from newly digitized recordings of the New Museum’s earliest public programs—including a never-before-seen interview with Marcia Tucker filmed just three months after the founding of the New Museum—and a wealth of documentary and installation photography, print ephemera, correspondence, and documents, the program illustrated how the Tucker took up these ideas, establishing the New Museum as a forum and catalyst for critical discussions of its day.

Special thanks to the Council on Library & Information Resources (CLIR), and the archival collections of the Library of Congress, Video Data Bank, Smithsonian American Art Museum, and Jan van Raay. 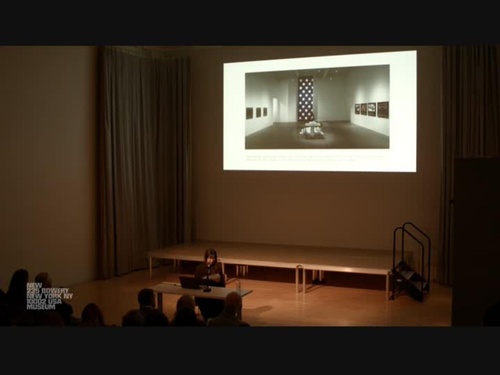