Mezcla: All Kinds of Art from Central America

Mezcla: All Kinds of Art from Central America 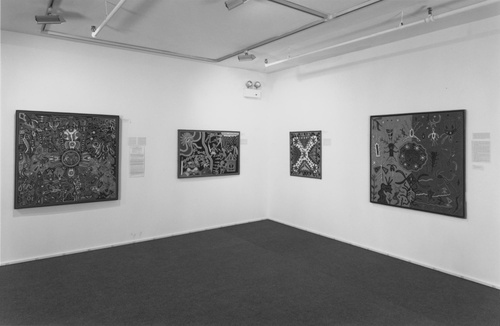 Exhibitions
Mezcla: All Kinds of Art from Central America
From January 15 to February 12, 1984, ARTISTS CALL Against U.S. Intervention in Central America presented a special exhibition, “Mezcla: All Kinds of Art from Central America,” at the New Museum. Organized by the ASTC (Sandinist Association of Cultural workers), the exhibition was also partly shown at the Judson Memorial Church from January 21 to February 4.1 The exhibition, on view in the Museum’s gallery located on the second level, featured paintings, photographs and crafts by over ten artists from El Salvador, Nicaragua, Guatemala and Honduras.2

Mezcla (mixture) combines “high” and “low” art from Central America, giving a lively picture of a culture in transition. Juan Rios Martinez, Jose Benitez Sanchez and Guadelupe Gonzalez Rios, who were Huichol Indians, made extraordinary symbolic yarn paintings, a tradition passed down from one of the most ancient, uninterrupted civilizations in the Americas. Camilo Minero, who made populist woodcuts, and Daniel Flores, who created a mini-installation with earth and toys from El Salvador, were both artists-in-exile from that country. Other works on view included photographs by Nicaraguan artists Adriana Angel, Alfonso Zamora Sandoval, Rudolf Wedel and Leonardo Zaneto, and paintings by Hilda Vogel. Tapestry artist “Luis” reproduced the cover of Susan Meiselas’s book of photography on the Nicaraguan Revolution. Also included are folk paintings from Guatemala and Honduras.

ARTISTS CALL was a nationwide mobilization of artists and intellectuals who organized a series of exhibitions and events took place around January 22, 1984, the International Day of Solidarity with El Salvador. 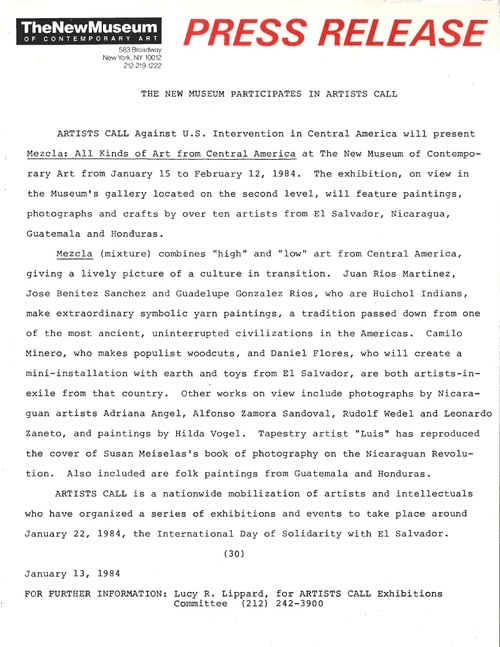 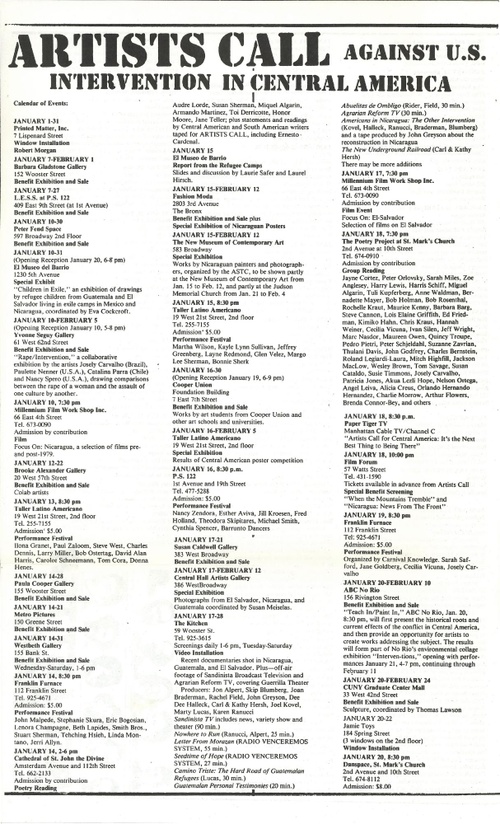 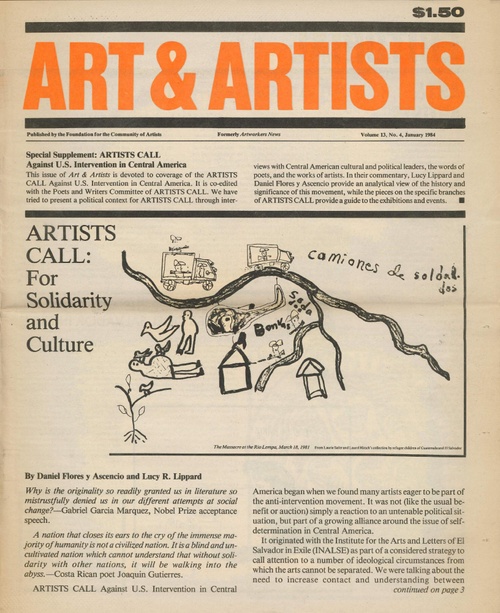