AOL is pleased to present Seven on Seven, a conference that brings together leading figures from the fields of art and technology around the creation of new ideas. The event features presentations by seven teams, each comprised of one artist and one technologist, who share a new idea they have developed while working in collaboration over the course of a single day. The conference is organized by Rhizome, the art and technology-focused affiliate of the New Museum.

The Seven on Seven participants include technologists Andy Baio of Expert Labs; Ben Cerveny, president of Bloom Studio; Kellan Elliott-McCrea, formerly Flickr Architect and now VP of engineering at Etsy; Jeri Ellsworth, engineer and game designer; Bre Pettis, founder of Makerbot and NYCresistor; Chris Poole, aka “moot,” founder of 4Chan and Canvas; and Erica Sadun, noted iPhone app designer. The artists are Michael Bell-Smith, Ricardo Cabello, Cao Fei, Liz Magic Laser, Zach Lieberman, Rashaad Newsome, and Camille Utterback. The seven teams work together at spaces around New York City on Friday, May 13 to develop an idea for something new—be it an application, social media, artwork, design, product, or whatever they imagine. The conference includes twenty-minute presentations by each team, with time allotted for conversation with an intimate audience at the New Museum. 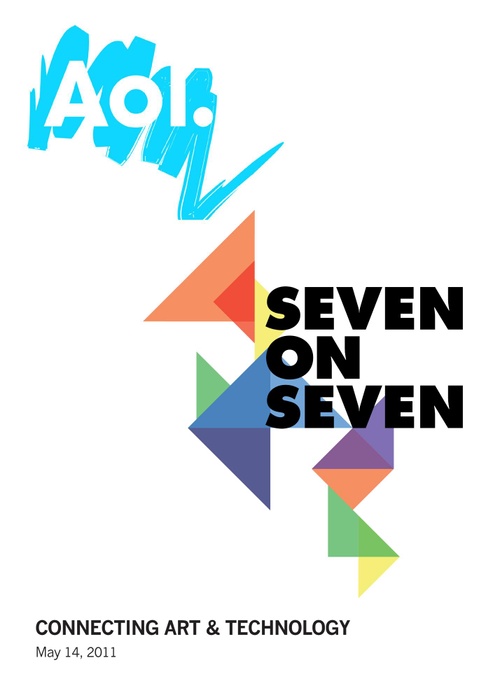