As part of the Education Department’s R&D Season: DEMOCRACY, the New Museum will host a youth summit and celebration organized by an emerging generation of artists, writers, and activists, including BUFU, Brujas, Discwoman, and members of House of LaDosha. The summit will include numerous workshops organized around five guiding principles: healing, self-love, skill building, political education, and empowerment. The programming will look to the future of gender politics, focusing on methods for forging the worlds youth want to inhabit, while grounding this work in legacies of the past. Programming will center on confronting inequality and injustice, supporting spiritual and economic sustainability, and cultivating a space to turn up with women, femmes, “the dolls,” and all queer kinfolk at the forefront.

Brujas is a freeform, urban-revolutionary feminist collective that expresses community through skateboarding and political organizing—mainly in the form of services and programming designed for urban youth of color. Its members are all young born-and-bred New Yorkers who care deeply about the wellness of their community, and their work so far has made an impact on cultural politics. Notable projects Brujas have launched in their two years of operation include femme skate dates at their local park, urban herbalism, legendary parties such as Anti-Prom and SUCIA, and their improvised “FUCK SUMMERCAMP 2016.” This fall is BRUJAS SEASON!

By Us For Us (BUFU) is a decentralized multimedia documentary project focusing on the discourse of Black and Asian cultural and political relationships. The founders of this project are a collective of queer, femme, Black, and East Asian artists and organizers. Their goal is to facilitate a global conversation on the complexities of the cultural contact between Black and Asian diasporas, with an emphasis on building solidarity. BUFUattempts to achieve this through collaborative programming, a documentary project, and building long-term partnerships with collectives, organizations, and individuals.

Discwoman is a New York-based platform, collective, and booking agency—representing and showcasing cis women, trans women, and genderqueer talent in electronic music. Started as a two-day festival in September 2014 at Bossa Nova Civic Club in Brooklyn, Discwoman has since produced and curated events in over fifteen cities, and has worked with over 150 DJs and producers to date.

House of LaDosha is a collective exploring the “house” philosophy popularized by ballroom culture. As a group of like-minded artists, they explore social constructs and relate to them via their individual ethnic, racial, sexual and gender identities. Representing the House of LaDosha are Christopher Udemezue (Neon Christina LaDosha) and Antonio Blair (La’Fem LaDosha). Christopher (Neon Christina LaDosha) is organizing leader of the House of LaDosha, utilizing his Jamaican heritage and the politics of queerness as a primary touch point for his performative and visual work. Christopher has just launched RAGGA NYC, a platform that highlights the queer Caribbean community through profile interviews and events. #BIGUPUNNOSELF. Antonio (La’Fem LaDosha), the reigning mother of the House of LaDosha and a necessary staple in New York nightlife, continues to devastate the nation and world with performances and looks. 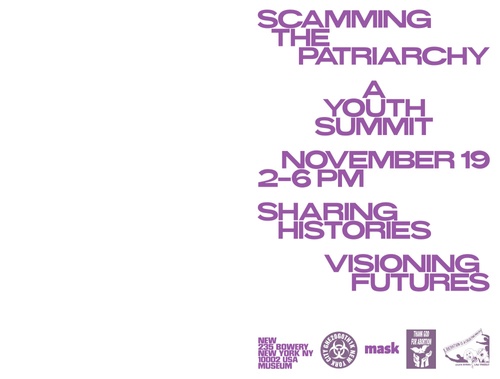