Populism and Elitism: Aesthetic Control and Public Involvement was presented as part of the New Museum’s public program series Art & Politics, organized in 1979, which provided a space for dialogue within the art community about controversial political, social, and economic issues.1 Then-current increases in government and corporate funding, a renewed emphasis on human rights, and the decision-making processes involved in acquiring and exhibiting art, were issues that were receiving public attention. The series provided an opportunity for discussions among panelists and an active, at times aggressive, exchange between panelists and audience.

This installment included a continuation of the debate over art for art sake or art as political tool, and how, with increased government funding to the arts, many artists had begun to question the extravagant budgets of museum and non-profit organizations.  Other issues included how to bring art to the general public and curatorial versus artist’s selection of works to be exhibited. 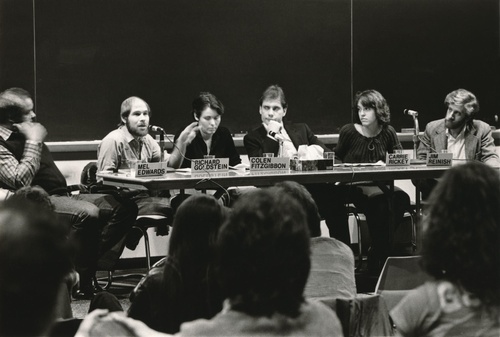 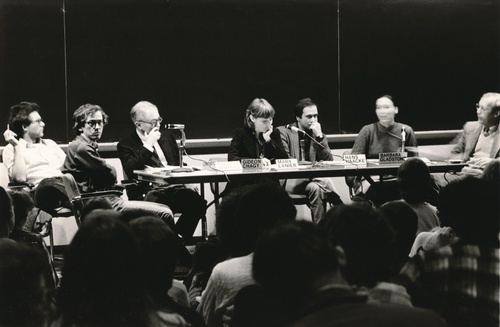 Corporate Support (A Positive or Negative Influence on the Arts) 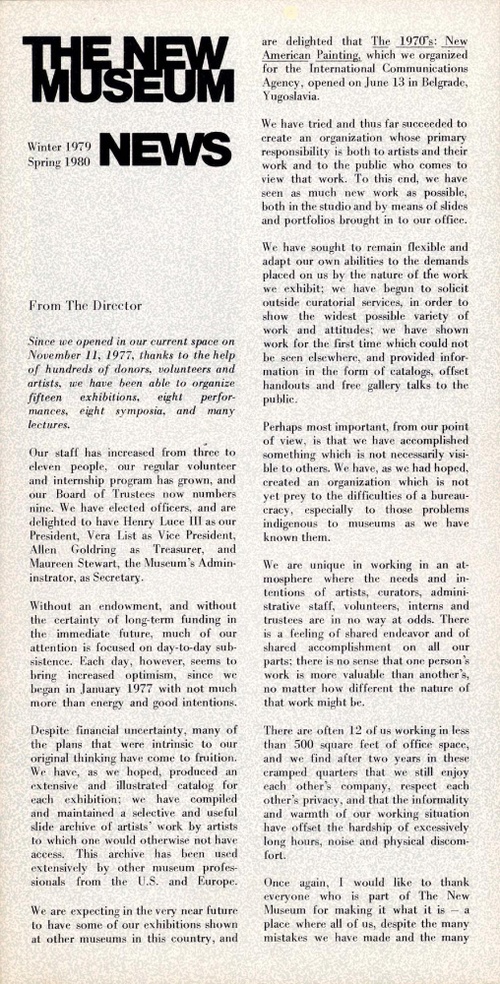